‘Otar’ means magical power in the universe.   One must open the Otar in order to access universal power and practice stronger magic.


This channels the power directly; it allows you to apply a spell and practice magic much more efficiently.  It`s like putting fuel in a car: performing higher levels of magic requires a greater amount of power.  It allows one to realize the more difficult spells that defy the laws of physics, such as telekinesis, levitation and transfiguration.  Opening the Otar should be done prior to using any type of spell.  These degrees of power are universal and apply to any kind of magic.


Opening the Otar entails accessing the power itself and does not require any spell, wand or instrument.   This process is now a part of all levels of magic.


The steps to opening the Otar are very simple and are indicated below.

The Four Steps to Opening an Otar:

2. Allow the energy to grow and build up inside you

3. Visualize/feel the energy in your solar plexus

4. Release the energy outward (in the form of a spell) 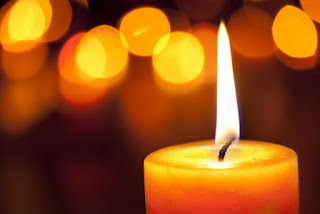 Beginner Andromedan Magic for the general public, free of charge.

This new system of magic does have any prerrequisites and is open to the general public. There are two levels. Unlike Emergentus, one does not need any previous background in Aqualead energy. A short wand is needed.

Sabine
I am an author and Aqualead Master, and the founder of the International Center of Aqualead. I channelled Aqualead in Buenos Aires, Argentina on August 30th, 2008. I am originally from Canada. Visit the website www.aqualeadinstitute.org for more information about this new energy. I later founded Silgerond Press in August 2013, in order to self-publish my own books. 'The Story of Aqualead: A New Healing Energy for a New Earth' is my new book, which will be published by January 2014, latest.